Just when you thought the Patriots were starting to recover from the Welker loss and move forward with new pieces to the puzzle, Patriot Nation received some troubling

news. Rob Gronkowski will “very likely” require surgery on his left forearm, according to ESPN’s Mike Reiss.  Ever since breaking it originally on November 18th when we crushed the Colts, he has gone through multiple surgeries. This would be the fourth one he has to get.

This surgery would remove that plate that they inserted into his arm originally in order to make sure that there is no infection. Gronk was in California with friends (doing Gronk things) when he noticed a large swelling in the morning and noticed some stuff oozing out of it. He called the Patriots front office and they immediately flew him back.

Even if Gronkowski gets surgery right away, he still needs 10 weeks typically to get him healthy. This time frame is creeping up towards training camp. And that’s if it can even be done right away. Hopefully they can figure out another way but the way it looks now, Gronk will be in a cast a while longer.

It was recently discovered that Rob Gronkowski has underwent surgery a few days back for an infection in his arm that he hurt multiple times last season. The good news is that he isn’t expected to miss any extra time and should be reporting to camp with the rest of the Patriots. Hopefully this is true, since we probably would have had a 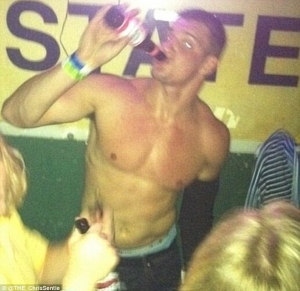 shot at two Superbowls with him healthy. That’s speculating, but still. Gronk has been under the knife three times since getting hurt against the Colts midway through November.

This won’t stop Gronk from being Gronk though, as he was criticized for his craziness at a Las Vegas nightclub a few weeks back. Obviously, Gronk is still young and making the most of his youth, as he deserves to do. It’s gotta be tough for all of us Patriots fans to know that he has yet another injury, but at least it isn’t a major setback…hopefully!

Well so much for my prediction of a Denver Broncos vs. Seattle Seahawks Super Bowl. As you probably know by now, both those teams lost this past Saturday and Sunday. The Baltimore Ravens beat the Broncos 38-35 in OT at mile high and the Atlanta Falcons edged their way past Seattle by a score of 30-28 in Hot-lanta. The other two teams to advance were the New England Patriots who defeated Houston 41-28 and the San Francisco 49ers who beat Green Bay 45-31.

With that, here’s a look at the AFC and NFC Championship games, and My New Predictions:

Tom Brady and Joe Flacco meet up in the AFC Championship game for round two of what is sure to be a great grudge match between these two squads. If you find yourself feeling a sense of Deja Vu’ this Sunday, that’s because these two teams met up in last year’s AFC Champ showdown. The Ravens though are hoping this Sunday is anything but a re-run of last year’s finish, which left them a few plays away from reaching Super Bowl XLVI.

Meanwhile, the Pats will be trying to return to the Super Bowl once more to avenge last year’s loss to the New York Giants and capture their first Lombardi Trophy since 2005. The Patriots will also have to try and beat Baltimore without the help of Rob “Gronk” Gronkowski. Gronk suffered an injury to his forearm in last Sunday’s win over Houston and will miss the remainder of the post-season.

My Prediction: Despite missing a big-time weapon like Gronk, I feel as though the Pats can outlast the Ravens in a great showdown between Brady and Flacco. Though on a sad note, it will be tough to watch knowing it could likely be NFL linebacker great Ray Lewis’ last NFL game. Nevertheless, New England wins 24-21 edging Baltimore out again and returning to their second straight Super Bowl.

This matchup will be a slightly different grudge match between these two teams. On one side you have San Francisco who like Baltimore were a few plays away from last years Super Bowl when they lost to the Giants in OT by a field goal. So, like Baltimore, the 49ers will look to avoid the same fate twice against 1st seeded Atlanta.

On the other hand, the Falcons want to prove their the same team who started the season 8-0 and finished the season tied for he NFL’s best record with the Denver Broncos at 13-3. Atlanta will look to avoid another fruitless post-season and return to their first Super Bowl appearance since 1998 (where the Falcons lost the then defending Denver Broncos 34-19).

My Prediction: This game will ultimately come down to one key factor that has been absent throughout this year’s playoffs…DEFENSE. The Falcons arguably sport one of the top QB’s in the league with Matt Ryan behind center. Ryan can light up a scoreboard and uses his weapons on offense like a General on the battlefield.

Meanwhile, the 49ers, have an X-factor at QB…Colin Kaepernick. He put up a stat line against Green Bay that was like something straight out of a Madden game: 444 total yards of offense with 4TDS (2 passing, 2 rushing) that’s 263 passing yards and 181 rushing yards (the most ever by a QB in a playoff game).

With that said, whichever defense can hault the others QB first wins this battle. I give this one to San Fran as Patrick Willis and Co. find away to stop Matt Ryan and the Falcons at home. 49ers win 31-21 as Kaepernick does it again with 276yds passing for 2TDS and 77yds rushing and 1 rushing TD.

On the games biggest stage two storied franchises collide in a Super Bowl for the ages. In what will be a grueling back and forth battle in the Superdome of New Orleans, I have the Patriots edging out the 49ers 28-24 as the Pats capture their first Super Bowl title since 2005. Tom Brady wins SB MVP.

Final Thoughts: We’ll see how it all plays out this Sunday. Until then, what do you think will happen in the Championship games? Who do you have winning Super Bowl XLVII? Leave a comment.

If anyone’s like me, yesterday was a bit depressing watching football with no Pats game. But even without a game, we still managed to strengthen our lead in the AFC East with both Buffalo and Miami losing. Not a bad … Continue reading →

Gronk made it quite clear he wanted to leave a mark in London. Aside from ripping the Rams a new one and making me regret I didn’t start him on my FanDuel team, Gronk made waves on and off the field. Guy simply dominates everywhere he goes. So it begs the question, which London Spike was his best performance?

With exception to a few power outages, the Boston Sports Blog was lucky enough to make it through old Sandy as she ripped along the east coast yesterday. Unfortunately for New York, the Miami Dolphins were just the beginning of the storm for the Big Apple and

New Jersey. With that joke finally out of the way, our thoughts and prayers go out to everyone down there that’s being affected by the storm.

On a brighter note, damn was it good to watch the Pats this weekend. Brady being the Brady of old, the secondary only allowing one long ball into the endzone, and Gronk spiking anything and everything. The Patriots arrived safely home from London yesterday prior to the wrath of Sandy and sit in first place in the AFC East heading into Bye Week. Life is good. Happy Tuesday Boston.

If you’ve ever thought you had a bad case of the Mondays, today probably takes the cake for worst in quite a while. Say, Monday, February 5, 2012? A flat out miserable game to watch. Only way to put it. I mean after last week I don’t think anyone expected it to be 6-6 at the half along with the Patriots first and only touchdown in the 4th quarter. Then of course losing Hernandez to an ankle injury for an unsaid amount of time. And to top it off, the following disaster that I tried as long as possible to just not speak of. Brutal. Absolutely brutal.

END_OF_DOCUMENT_TOKEN_TO_BE_REPLACED 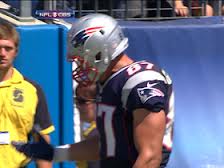 I feel like I’d be doing a disservice by not posting this. I mean it was by far the most disappointing part of yesterday’s opener right?

END_OF_DOCUMENT_TOKEN_TO_BE_REPLACED

The Celtics are finishing up their season strong heading into the playoffs, the B’s start their playoff run Thursday at home, and the Red Sox open up at home Friday despite their subpar start to the season, yet the Pats still make headlines, all thanks to Gronk and his continuing quest to make the cover of Madden.