Both the Boston Herald writer Jeff Howe and Adam Schefter have reported that Wes Welker expects the market next week.

Yesterday a source told CSN New England that the Patriots were closing in on a multi-year contract but now that looks like it is not the case. 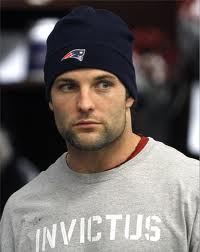 Ultimately, the Patriots want to resign Welker and Welker wants to stay with the Patriots, so in all likeliness he will be back. But it looks like Welker wants to know his market value and out in the open anything can happen. (See Vincent Jackson’s contract last year, 5 Years 55 Million). If a team comes out with a huge number. The Patriots likely will not match. But Welker is turning 32 next season and viewed by most as a system player, the market may not be as strong as he would like.

Hopefully, the Patriots reward Welker with a deal, and we do not have to go through the awkward breakup stage of watching him in a uniform that is not red, white, and blue.

It is rumored that the Patriots already have a plan to replace Wes Welker after not applying the Franchise Tag to him this season if they cannot come to a deal. It is also reported, however, that they are coming close to a deal since both sides knew that they were better with each other than without. Supposedly, they are looking to acquire Danny Amendola who is a slot receiver from the St. Louis Rams. Amendola missed 5 games last season but still caught 63 passes for 666 yards and 3 scores.  Danny Amendola is 27 years old and most likely won’t want to return to the awful Rams if he has a chance at a Super Bowl ring.  Danny is 4 years younger, and 2 inches taller than Welker. Do you think they will go through with this? 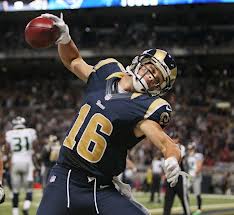 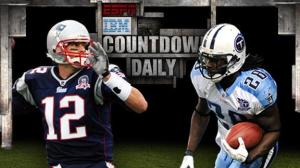 The Patriots passing attack primarily was not an issue this year. As long as Tom Brady has the reigns of this Patriots offense the passing attack will never be the primary concern. At the same time it is also clear that the Patriots miss the deep threat they had back when Randy Moss would be consistently torching opposing safeties. I expect the Pats to address the receiver position through either free agency or the draft. The Pats will more than likely bring back Wes Welker, but after Welker there are no guarantees. Deion Branch is a free agent and I see that one as a 50/50 as to if he will return. Branch will not require too much of a salary so I would think it would be a good option. With the Patriots having the best possession receiver, and two of the best tight ends in football its hard to imagine it would require much more than a deep threat to bring this offense back to the way it was in past seasons. It’s always very hard to predict the Patriots offseason moves, but some of the options may include:

Randy Moss: This almost seems unrealistic, but we all know Moss loved being here and Belichick has no problem dealing with difficult personalities. Moss, 35, is still probably one of the best deep field threats in the game.

Reggie Wayne: I don’t exactly see this being the ideal fit in New England, but if the Pat’s lose Branch it is certainly a viable option as I see them being a similar type of receiver.

Brandon Lloyd: Lloyd is more of what the Patriots need. His big play ability will keep safeties back a few more yards, which could make the Patriots underneath passing game one of the best ever.

Robert Meachem: Possesses good speed and could be a good fit alongside Welker in this Patriots offense.

Ted Ginn: Certainly will not be the completion to the puzzle as a receiver but with Ginn’s versatility and elite speed he could be a great fit in New England.

Only four more days… damn the anticipation is killing me. Today we will take a lot at the Wide Receivers for both the Giants and the Patriots.

The Giants wide receivers have come alive this year in a way not to many expected. Victor Cruz, a Umass Amherst Alumni was one of the top receivers in the league this year and his stats certainly illustrate that. Having him next to Hakeem Nicks, and Mario Manningham is quite the trio. Some receivers in the NFL only produce when paired up with a top-tier quarterback. This isn’t the case with these Giants receivers. These guys possess pure talent. Cruz is a deep touchdown waiting to happen and Hakeem Nicks is a matchup nightmare with his size and speed combination. Eli is a great quarterback, but it doesn’t hurt when you have the options he has. It is going to be quite the assignment for the Patriots secondary to even slow down this receiver core.

The Patriots receivers are certainly above average, but I feel as though they fall into the category noted above: Top tier quarterbacks can craft an average receiver to fall into the elite category. Wes Welker is obviously a stud in this offense, but is he as valuable talent wise in another offense? We all saw what Deion Branch did without Brady. As far as Ochocinco goes… well I have nothing to say about that. Yes the Patriots have an elite passing attack and that is undeniable, but a lot of their offense goes through their dominant tight ends and not as much through the receivers like most teams. The Patriots receivers get the job done, but talent wise they do not match up with the Giants.