The NHL’s current Collective Bargaining Agreement expires in just less than two months.  So far, the players like what they are getting, but the owners want more.  The rich trying to get richer, sound familiar? (See NBA/NFL negotiations). The last report shows that the players would make 46% of the revenue for the league, when they made 57% last season. Contracts would also be limited to 5 years in the new proposal.  This is a big difference seeing as Zach Parise and Ryan suter both just signed 13 year deals with the Wild, worth $98 million each.

This sucks. Hockey is just becoming very popular again, especially after the playoffs of the past few seasons.  They already cancelled the 2004-05 season, due to negotiating problems. Commissioner Gary Bettman is actually a pretty decent guy, especially compared to NBA commissioner David Stern.  He said openly that he sees the players as 50-50 partners with the owners.

Since the season is starting on October 11 (hopefully), there isn’t all that much time to get things done.  All we need is another lockout to ruin yet another sport. 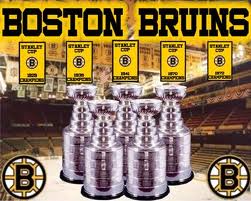