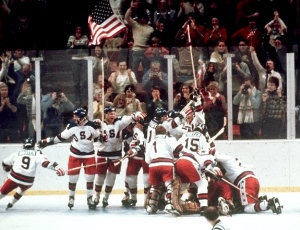 Mike Eruzione was the Captain of the 1980 Olympic USA team that completely upset powerhouse USSR in the Semi-final game. The Soviets had won the previous four Gold Medals all the way back to 1964 and were once again the heavy favorite. If you haven’t seen the movie “The Miracle”, do yourself a favor and buy it. This was a team that was made up of almost all amateurs and collegiate athletes. Most thought this idea would be dumb but Head Coach Herb Brooks knew the team that he wanted. The items that he sold are a big part of history for Olympic Hockey.