Well… so much for wearing my Sullinger shirt all season. The breaking news is that Rookie Jared Sullinger will be out for the rest of the season after re-injuring his back. The reason why he fell so far in the draft was because tea 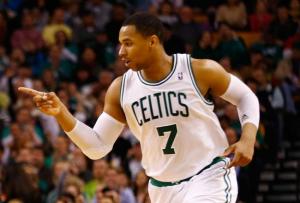 ms didn’t think that he could get past his injury. I guess they were right. Apparently, he will be perfectly fine after he rehabs, but you never know. This happens less than a week after we found out that Rajon Rondo would miss the rest of the season as well.

Sullinger has proven himself to be one of the better rookies in the league, and by far the best one the Celtic’s have brought on board in years. Jared averaged 6 points and 5.9 rebounds in just under 20 minutes per game. These aren’t outstanding numbers, but as of late, he has been on of our most solid contributors. The Celtic’s have called up Fab Melo from the Development League, and he may see some time.