Reported first by Tom Curran of Comcast Sports Net, the Patriots worked out six players on Monday. All of the players maintain practice squad eligibility.

From what it looks like the Patriots are trying to add speed. Fenner, Franklin, Jackson, and Lockette are all guys whose entire careers have been based on them just being faster than anyone else. Fenner was the former football and track star at Holy Cross and would 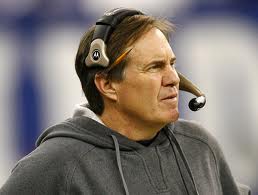 be a great hometown story. Lockette is the only guy with any real NFL action catching two passes, one for 44 and one for 61 and a score. Nielsen and Schaffer offer both special teams play and run stopping ability.

Most likely none of these players will see the field for the Patriots, but its just a little snapshot into Belicheck’s head for what he feels that the Patriots are missing.