Surprise, surprise, the Heat won. As if anyone gave the Celts a chance in the first place. I may sound like a broken record with this, but again I feel good about the team. Not often are you going to hear that about a team starting off the season 0-2. With 3 minutes left to play the Celtics had Miami within three points. What killed them for the second game in a row was the slow start. They found themselves digging out of a hole once again. I mean a 39 point second quarter is inexcusable. It just can’t happen. The defense needs to step it up. They can’t give up 69 points in a half, even if it is to Lebron and the Heat. Excuse me, especially if it’s Lebron and the Heat. Rondo wasn’t exactly as outstanding as on Christmas Day but he quietly put up 22 points and continues to be the glue that’s going to hold this team together. With that said, Ray’s going to do Ray. Give him the ball with .05 seconds and an inch of space and watch what he does with it. But that stuff is a given. What the Celts need is a bench that can keep them in games. Brandon Bass continued to show what he can do tonight and even Keyon Dooling showed some veteran fire late in the game with 13 points off the bench. If it wasn’t for Miami’s rookie point guard Norris Cole and his miracle shooting down the stretch, the game could’ve went either way. Throw Mickael Pietrus into the mix and return the Truth, C’s win this game for sure. Again, it’s hard to sit here with an 0-2 team and be happy, but you can’t be too worried. Anyways, things can only go up from here, right? 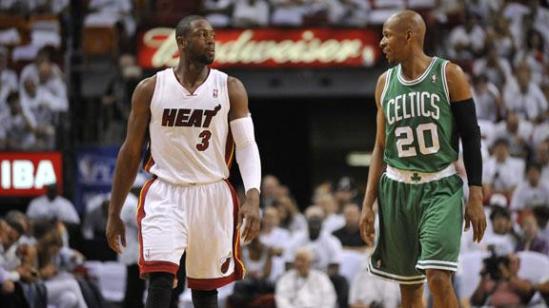