After week-long speculation about why he was taking time off from being an ESPN analyst, Urban Meyer accepted the Ohio State head coaching job. He will hope to turn the Buckeyes back around after all the controversy that haunted them after last season. Over 10 seasons of coaching, Meyer only has lost 23 games (of course he had Jesus-loving Tebow for a good amount of those years). He will make 40 million dollars over the next 7 years which begs the question, what am I doing with my life? This salary would put him at the top of the list with Alabama’s Nick Saban and Texas’ Mack Brown as the highest paid coaches in NCAA Football. Let’s see if this 40 million dollar man can turn Freshman Braxton Miller into a Tim Tebow-caliber player. 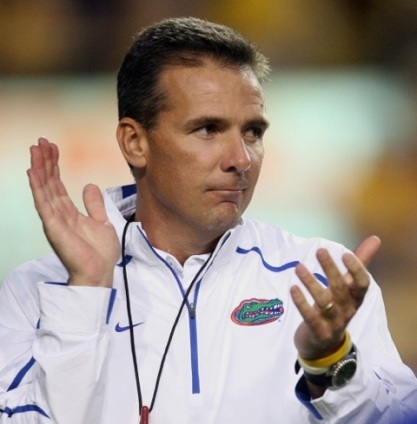