So just like that Papelbon’s off to the Phillies. Personally, I don’t like this move at all. Sure he hasn’t been as dominant as he has been in previous years, but come on! He wasn’t involved in the infamous chicken and beer scandal of the century; he was just posted up in the bullpen waiting to do his thing. It just so happened that come September we didn’t enter the 9th with a lead so he couldn’t get out there. I think it’s a mistake to get rid of him. And to the Phillies nonetheless? I mean they’ve been alright the past few years but we don’t need to help them get any better. Questionable move at best. Sox have to come up with something big before April…we’re going to need it. 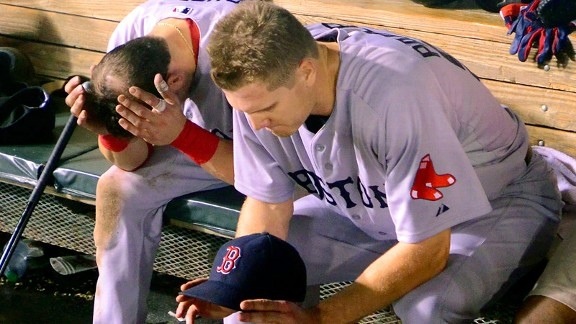