With not too much going on in the world of Boston of sports, here’s a little something to keep you distracted. Introducing the first ever ADD Post of the Week. 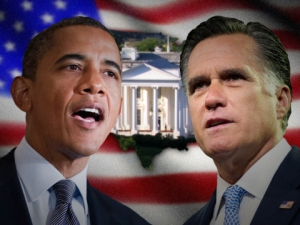 Elections are rapidly approaching and I still have no idea who to vote for. My gut tells me to support Obama. Why? Because for one, I’m not racist. Two, the poor guy was left with a shit storm to try and fix after good ole Bush left us in a dutch oven for the past 4 years with his lingering crap. For those of you that don’t know what a dutch oven is, I recommend looking it up and giving it a try. If you enjoy it, don’t worry you are not alone. But any who, don’t get me wrong. I’d love to get wild with Bush, who wouldn’t? Dude knows how to party like the best of em, but he can barely talk let alone run a country. That being said, cocaine is one hell of a drug, and doing it keeps your chances alive for becoming president. Can’t blame the guy though, he was part of a fraternity in the 80’s and if you said no to some blow back then, you had issues. No one likes a party pooper. Now I don’t do coke and never have, but I’m not pro-sober, and if watching the movie “Blow” doesn’t make you seriously contemplate getting in touch with your friendly neighborhood drug dealer then we probably can’t be friends.

Before I go off a drug tangent, my thoughts on Mitt Romney go as follows…Can’t stand his face, looks like the kind of guy that would steal your car, crash it, then hook up with your sister for good measure. I think he just lives in a fantasy world where everyone is loaded. The biggest dilemma facing them is that they can’t find a certain year of some fancy wine and now they’re going to be the laughing stock of their boring ass banquet. People are miserable out there and I honestly don’t think he cares. However, we are, at the present time, China’s bitch. We owe them so much money and eventually they are going to put down their tea cups and come after us. Obama has proven he’s no Donald Trump when it comes to money, but on the other hand, Romney has done pretty well when it comes to raking in the Benjamins. This makes me think that he could be the answer to that problem. After all, America is the land of the free and the home of the big douchey business man, so if that’s the case we should keep riding that train. I mean the whole world hates us and thinks we’re a bunch of arrogant assholes, so why not put Romney in office and embrace that image? 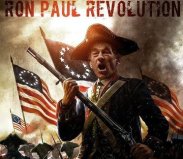 So in the end it bottles down to this. Obama cares about the people but he’s too nice, and nice guys don’t make it far in the big business world. Romney is an arrogant bastard that only cares about his rich constituents, but could possibly turn the economy around and bring us back to the power house economy we used to have. So it’s a toss up in my eyes. If it were up to me, I’d put Ron Paul in the oval office. Screw it, the guy was born to run for president and has been running forever. I don’t even know the exact number of times, but for as long as I remember that stubborn son of a bitch has been on the ballot. I say give him a chance and see what happens. If it starts looking grim we impeach him. No one will feel bad cause the guy won’t hold a grudge. He’d roll up a dube and end up in a van down by the river happy as can be. He’d be so thrilled that he actually got into office and his life long dream will have been satisfied.

I hope my insight leaned you one way or another but don’t forget to vote and good luck with the rest of your work week. The weekend will be here soon enough. Go Boston and God Bless America!