Don’t get me wrong, I love that the Pats pulled off the OT win and I commend them for sticking it out, but damn was that too close for comfort. Our three losses this year have all come after holding a lead into the second half or fourth quarter. Even games we ended up winning, like this one and Denver, the Patriots are letting the other team back into the game. I mean any time you can make Sanchez look like a half decent NFL quarterback you’re doing something wrong. 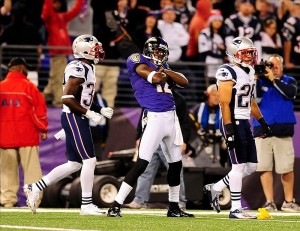 If the Jets weren’t such of a joke offensively, they might have pulled off this win. Actually they should have. Why would they keep trying to run the ball? All they had to do was throw the ball down field and they were guaranteed a solid 20 yard gain, right?. Not one of them turns around and looks for the ball. Bill is the master of defense, but it hasn’t shown one bit with our pass coverage. Just too easy. A Super Bowl contender can’t let Mark Sanchez look like Joe Namath. Something needs to be done. I don’t know if that means benching/getting rid of some players or coming up with a different game plan, but enough is enough. I hate the fact that yesterday’s win feels like a loss.

5 thoughts on “Pat’s Secondary Second to Last in NFL”